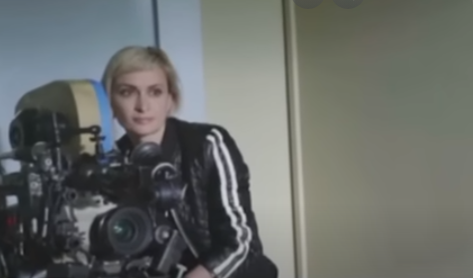 In a statement, Mr. Halls’s attorney, Lisa Torraco, said that the plea deal enabled him to “put this matter behind him and allow the focus of this tragedy to be on the shooting victims, so this type of accident will never happen again.”

After conducting interviews with a number of actors, the prosecutors asserted that they had determined that it was a requirement of the film industry for actors to ensure that the guns they used on set were safe for them to handle. Mr. Baldwin has previously refuted that notion, claiming that from his own experience working on film sets, actors were not expected to check their own guns.

In an interview, the special prosecutor, who is also a Republican member of the New Mexico Legislature, stated that Ms. Gutierrez-Reed was also responsible for ensuring that the guns on the set did not contain live rounds. She said that she should have taken each round out of the gun and shaken it in front of the actor, which helps confirm that the rounds are dummies, inert cartridges used to resemble real ammunition in a movie.

The authorities discovered five additional live rounds on the set following the shooting, including in Mr. Baldwin’s costume belt and on top of the cart containing props. Ms. Reeb stated that this aspect of the case is still unclear. The Santa Fe County Sheriff’s Office investigation did not provide an answer to a crucial question, which was how live ammunition ended up on a movie set. She stated, “We may never answer that question.” The tragedy has led to numerous lawsuits, some brought by crew members who have alleged that the production did not properly adhere to safety procedures.

During interviews with the sheriff’s office, some crew members said that there weren’t enough meetings about safety on set. The majority of the camera crew had quit the night before the shooting due to complaints about lodging and other issues; Lane Luper, head of the camera department, wrote in an email to other people on set that he was leaving that the shooting of gunfight scenes was played “very fast and loose,” citing two accidental weapons discharges.

Ms. Gutierrez-Reed’s lawyer previously stated that she had two roles on the “Rust” set, one as an armorer and the other as a props assistant, making it difficult for her to concentrate fully on her work as an armorer. Ms. Gutierrez-Reed trained on film sets with her father, a veteran Hollywood armorer named Thell Reed.

Mr. Baldwin has insisted that he is not to blame for the incident, claiming that Ms. Hutchins had been telling him where to point the gun and that he did not pull the trigger before it went off. He admitted to the police that he had pulled the hammer back and let it go in a move that could have triggered the alarm.

In a phone call following the shooting, Mr. Baldwin stated to Detective Alexandria Hancock, an investigator, “I know one hundred percent I’m not responsible for what happened to her.”
During her campaign for office in 2020, Ms. Carmack-Altwies, a Democrat, stated that an F.B.I. analysis of the firearm demonstrated “conclusively” that the trigger had been pulled.

The people they planned to charge this month, according to the prosecutors, would not be arrested but would be required to attend a virtual court appearance. A preliminary hearing on the charges will then be overseen by a judge in New Mexico, who will decide if there is probable cause to proceed.

Ms. Gutierrez-Reed has also filed a lawsuit against Seth Kenney and his company, the film’s primary supplier of guns and ammunition, alleging that the supply he sent to the set contained live ammunition mixed with dummy rounds.

In a statement, Mr. Kenney said that he checked all of the rounds he gave to the production to make sure they weren’t live. He also said that Ms. Gutierrez-Reed was responsible for handling the guns and ammunition on set.

Matthew Hutchins, Ms. Hutchins’ widower, agreed to settle his wrongful death lawsuit against the “Rust” production last year. The agreement would make Mr. Hutchins an executive producer on “Rust,” which was supposed to start filming again this month. It was unclear at the time how the anticipated costs would affect those plans.

Brian J. Panish, Mr. Hutchins’s attorney, said in a statement that he supported the decision to file criminal charges.

Mr. Panish stated, “It is a comfort to the family that, in New Mexico, no one is above the law.” We back the charges, will work with the prosecution to the fullest, and sincerely hope the justice system works to protect the public and hold those who break the law accountable.